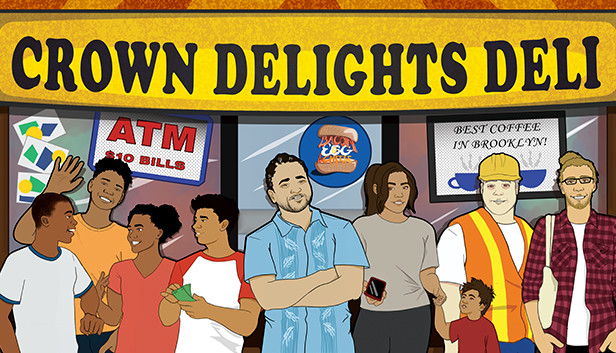 Crown Delights Deli is a visual novel with multiple dialect/language choices. As the cashier at a Brooklyn bodega, choose to talk in English, AAVE, or Spanish to a diverse cast of characters as you try to maintain a five-star rating for your boss. Code-switch with your bodega customers by selecting choices from three languages/dialects, subtly impacting how they interact with you. Talk in Spanish to the Hipster who is trying to practice their Spanish or chat with your classmate Gian in African American Vernacular English (AAVE).