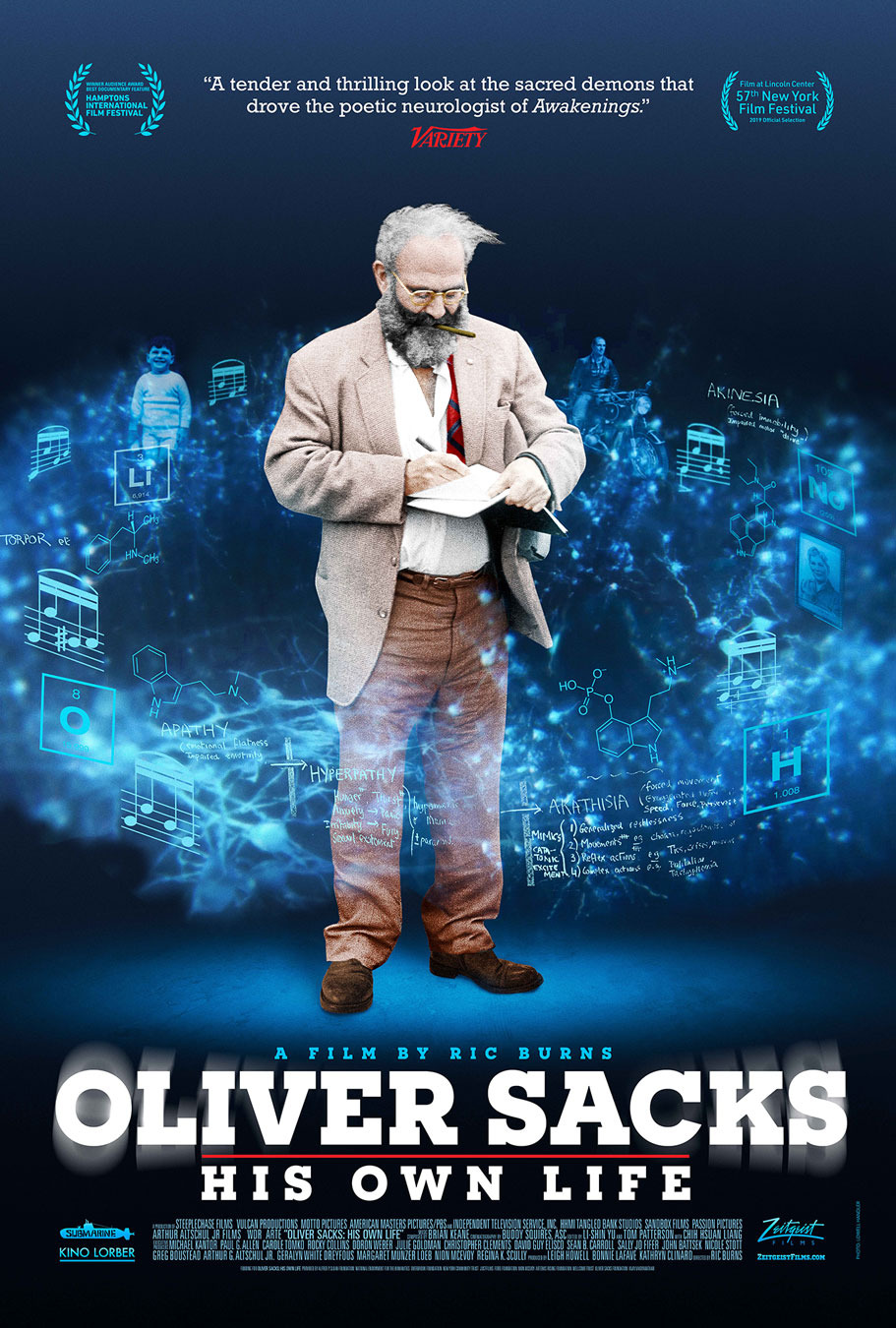 Based on nearly 90 hours of footage shot in the final months of Oliver Sacks’ life—and including nearly two dozen interviews with the family members, colleagues, patients, writers, scientists, physicians and friends who knew him best—the film explores in intimate detail the life and work of the celebrated neurologist and writer whom the Nobel Prize-winning neuroscientist Erik Kandel called “the poet-laureate of brain science…a modern Freud.” A biography of a man who was at once a scientist, writer, physician and profound humanist, the film is also an exploration of the science of human consciousness and the nature of subjectivity, and a meditation on the profound and intimate relation between art and science and storytelling.