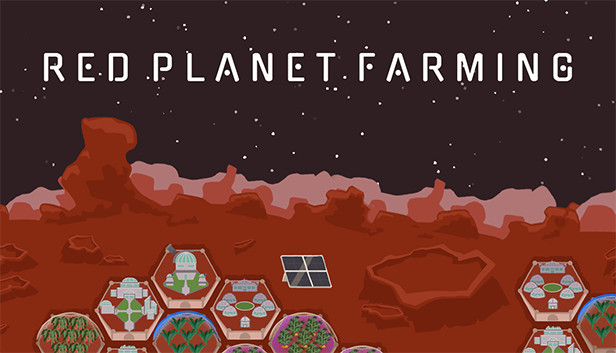 Red Planet Farming is a casual strategy game about growing a small colony on Mars. Players are tasked with growing enough food to feed the budding population of colonizers in the face of dust storms, radiation, and other hazards. Players use technology like hydroponics systems, domes, and solar panels to power their farm. The game was released on Steam in 2020 and has over 45,000 downloads.