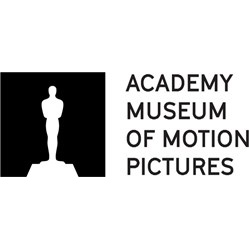 The Academy Museum is the largest museum in the United States devoted to the arts, sciences, and artists of moviemaking. The museum advances the understanding, celebration, and preservation of cinema through inclusive and accessible exhibitions, screenings, programs, initiatives, and collections. The museum’s campus features 50,000 square feet of exhibition spaces, the 1000-seat David Geffen Theater, the 288-seat Ted Mann Theater, the Shirley Temple Education Studio, and the beautiful spaces that are free and open to the public. These include: The Walt Disney Company Piazza and the Sidney Poitier Grand Lobby, which houses the Spielberg Family Gallery. The Academy Museum exhibition galleries are open seven days a week, with hours Sunday through Thursday from 10am to 6pm and Friday and Saturday from 10am to 8pm.

This May, the Academy Museum will launch an annual partnership with the Alfred P. Sloan Foundation to look at the intersection of science and cinema. The inaugural program highlights the science in science fiction with five Sunday film screenings that explore subjects from infectious disease to worm holes.