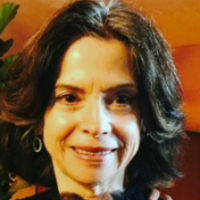 Recent films include Tom Hooper’s award-winning THE DANISH GIRL, based on the novel by David Ebershoff and which starred Eddie Redmayne and Alicia Vikander, which earned her an Academy Award. Mutrux executive produced David Simon’s six-hour HBO mini-series SHOW ME A HERO (directed by Paul Haggis) and starring Oscar Isaac, which earned him a Golden Globe. Mutrux produced iBOY, a Netflix Original based on the YA novel by Kevin Brooks and starring Maisie Williams and Bill Milner.

Current projects in development include the 2016 National Book Award Finalist NEWS OF THE WORLD by Paulette Jiles, to be adapted by Academy Award nominated writer, Luke Davies (LION) and starring Tom Hanks; THE THIEF by Japanese award winning author Fuminori Nakamura, adapted by Ben August and to be directed by James Gray; Mick Herron’s SLOW HORSES, adapted for BBC Television as a limited series by Will Smith (VEEP); THE DARK by Joe Barton as a limited series for Working Title and NBC/Universal International; Paul Murray’s THE MARK AND THE VOID, adapted by Will Smith for Fox International.